7 Functions to do Metric Multidimensional Scaling in R

In this post we will talk about 7 different ways to perform a metric multidimensional scaling in R.

The general approach behind MDS consists of calculating a (dis)similarity matrix among pairs of objects (i.e. observations, individuals, samples, etc), and then apply one of the several MDS “models” to obtain the low-dimensional representation. The MDS model to be applied depends on the type of data, and consequently, the type of (dis)similarity measurement that the analyst decides to use.

Depending on the chosen measurement and the obtained (dis)similarity matrix, MDS can be divided in two main approaches: metric and nonmetric. If the analyzed matrix is based on a metric distance, we talk about metric MDS, otherwise we talk about nonmetric MDS.

Metric multidimensional scaling, also known as Principal Coordinate Analysis or Classical Scaling, transforms a distance matrix into a set of coordinates such that the (Euclidean) distances derived from these coordinates approximate as well as possible the original distances (do not confuse Principal Coordinate Analysis with Principal Component Analysis). In other words, the advantage of working with metric MDS, is that the relationships among objects can, in most cases, be fully represented in an Euclidean space.

You should know that all the previous functions require a distance matrix as the main argument to work with. If you don’t have your data in (dis)similarity matrix format, you can calculate the distance matrix with the function dist(). This is the “work-horse” function in R for calculating distances (e.g. euclidean, manhattan, binary, canberra and maximum). In addition, some of the packages mentioned above provide their own functions for calculating other types of distances.

Except for cmdscale(), the rest of the functions don’t come with the default distribution of R; this means that you have to install their corresponding packages:

Once you have installed the packages, you just need to load them:

We will use the dataset eurodist that gives the road distances (in km) between 21 cities in Europe. Notice that eurodist is already an object of class "dist" (matrix distance). You can inspect the first 5 elements like so:

The goal is to apply metric MDS to get a visual representation of the distances between European cities.

The most popular function to perform a classical scaling is cmdscale() (which comes with the default distribution of R). Its general usage has the following form: 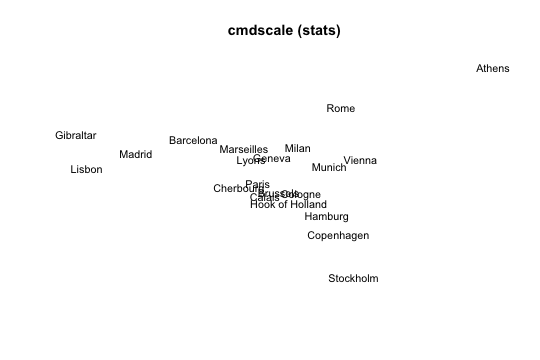 If we specify the vector of the weights w as a vector of ones, wcmdscale() will give ordinary multidimensional scaling. 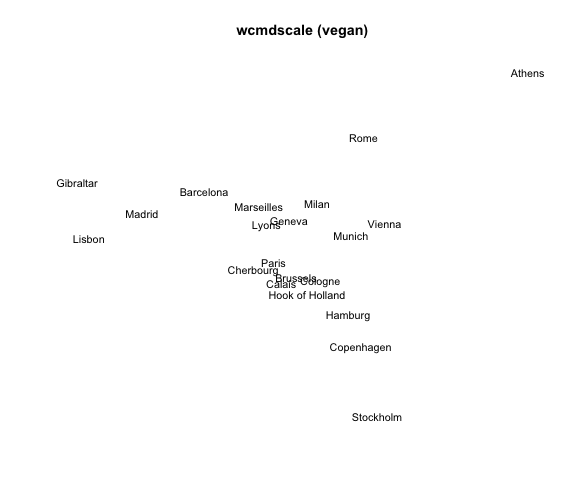 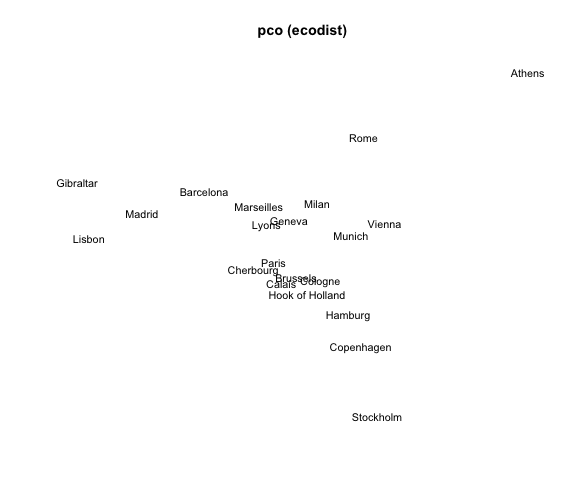 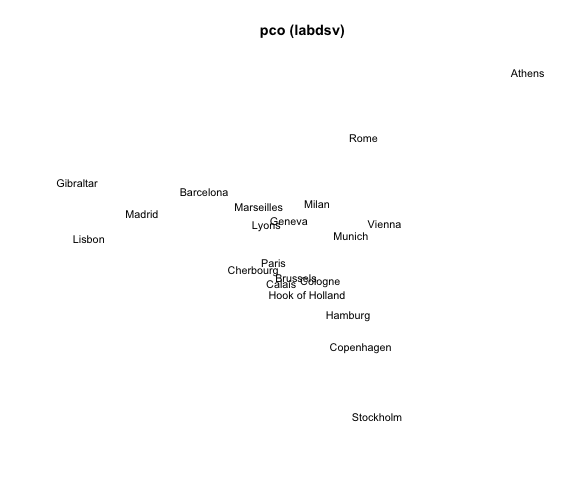 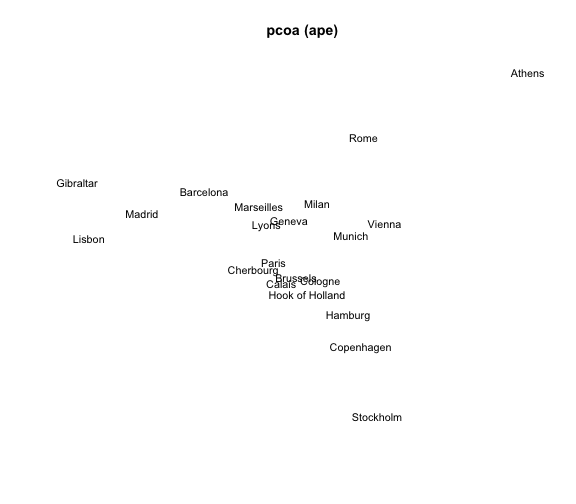 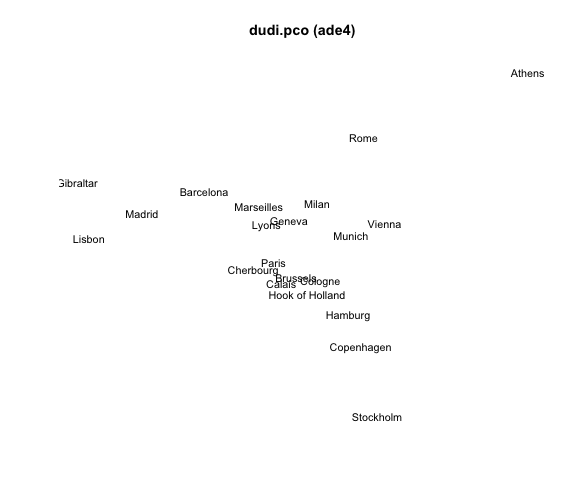 The package "smacof" provides the function smacofSym() (Multidimensional scaling (stress minimization: SMACOF) on symmetric dissimilarity matrix.). This function uses a majorization approach to get the solution (more info in this ade4. Its general usage has the following form: 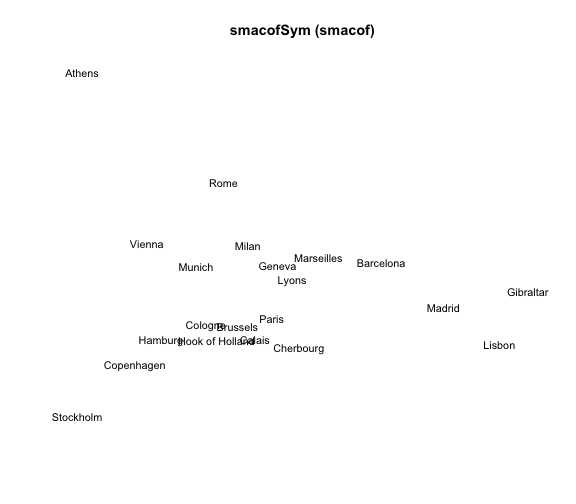