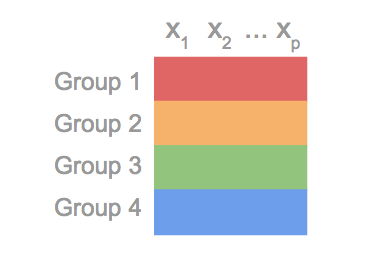 In a previous post I described different options in R to do some calculations using tapply(), ddply(), and sqldf().

I used a simple example in which the goal was to apply a function by groups on some data. More specifically: how to calculate the average of a single variable taking into account a grouping variable (eg categorical variable).

This time I wanted to continue the discussion with another interesting task when operating on grouping variables. Say we have some categorical variable (like gender, geographic region, political affiliation) with other quantitative information. More often than not we want to calculate descriptive statistics taking into account the categorical variable. Maybe we want to calculate the average of all the quantitative variables by gender. How do you do that in R?

We have the average values of all the variables for each group. Now let’s visualize them to have a better idea of what’s going on: 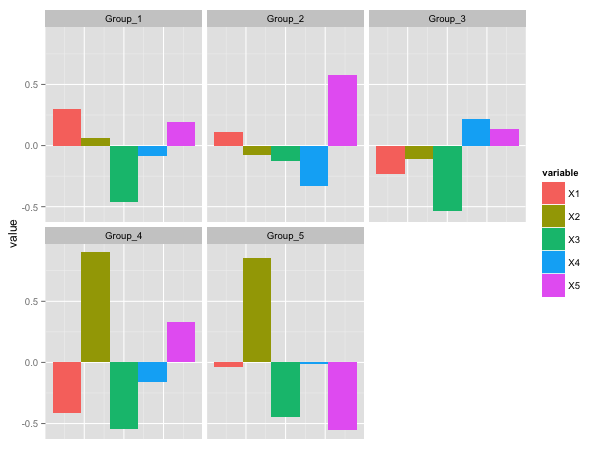