R has various functions (and packages) for working with both hierarchical clustering dendrograms and graphs. The problem is that there’s almost no information on how convert a dendrogram into a graph. 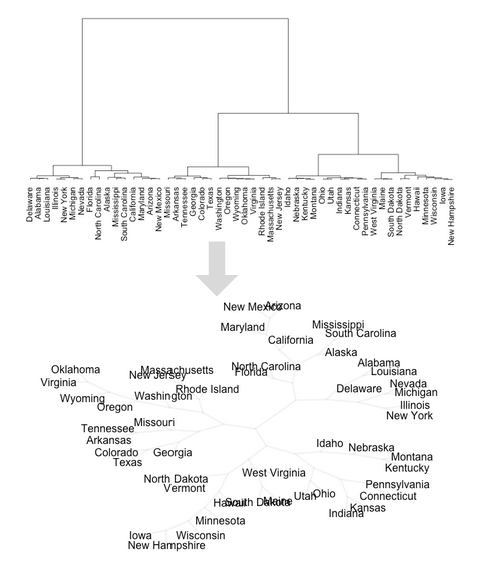 For one of my visualization projects I was faced with the following question: How to obtain a graph structure from a dendrogram structure? As simple as this question may seem, it took me a couple of days to find out a satisfactory answer.

Let’s start by generating a hierarchical clustering with hclust(). We’ll use the data USArrests for demo purposes: 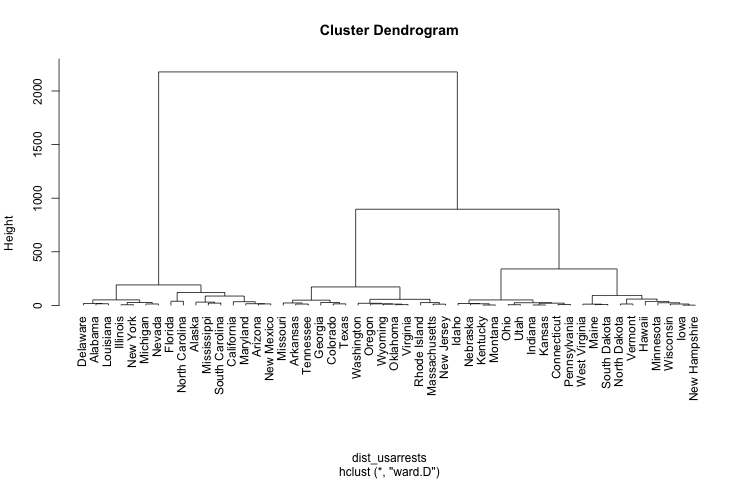 Although "hclust" provides information about the merged nodes, it doesn’t provide all the necessary elements to build a graph. To do this, we need to use the function as.phylo() from the R package "ape". The good news about a "phylo" object is that it contains all the tree edges needed to build a graph.

Once we have the edges we can build a graph using the function graph.edgelist() from the package "igraph". 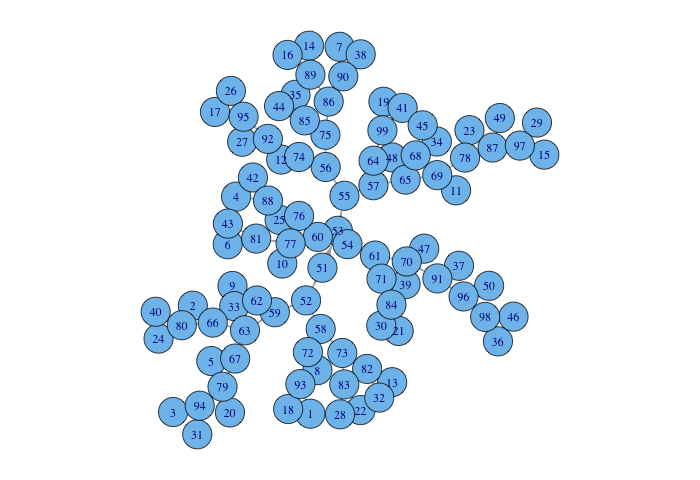 The previous plot is kind of messy but the graph has exactly what we want: it has all the leafs, nodes and edges from the dendrogram.

Finally, we can play with the different graph layouts to get a set of x-y coordinates. For instance, we can use the layout.auto() function to get nodes nicely spread. Having the layout coordinates we can plot a graph with a tree structure using some R plotting tools: 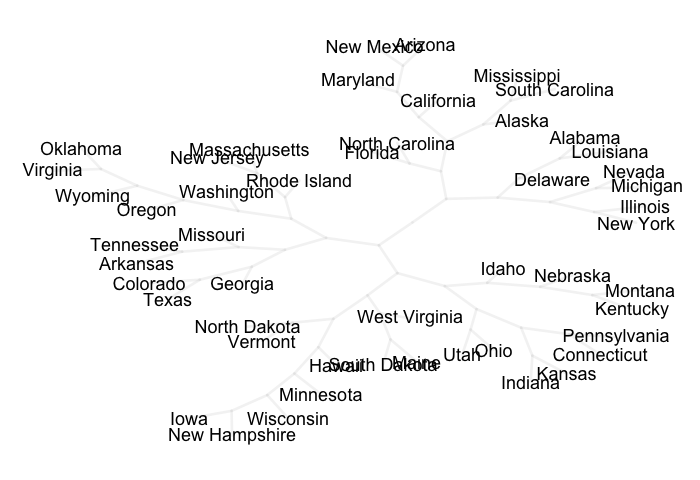